The occupiers in Sevastopol continue to destroy beaches and historic buildings

In Sevastopol, the occupiers continue to demolish and damage historic buildings, destroy local nature, damaging the microclimate and ecosystem of the city and the peninsula. The occupiers demolished the historic building of the old boarding school, which they planned to reconstruct and use for the Sevastopol Cadet Corps of the Russian Federation’s Investigative Committee, on Gorpischenko Street, 2 in Sevastopol. It was decided to demolish the old school and rebuild it. Also, the actions of the occupiers caused collapses on the beach of the city, in particular Vasil beach.

The demolition of the building was reported by the occupying governor of Sevastopol Mikhail Razvozhayev and the "director of the capital construction department" of Sevastopol Hilarion Gapitsonov. 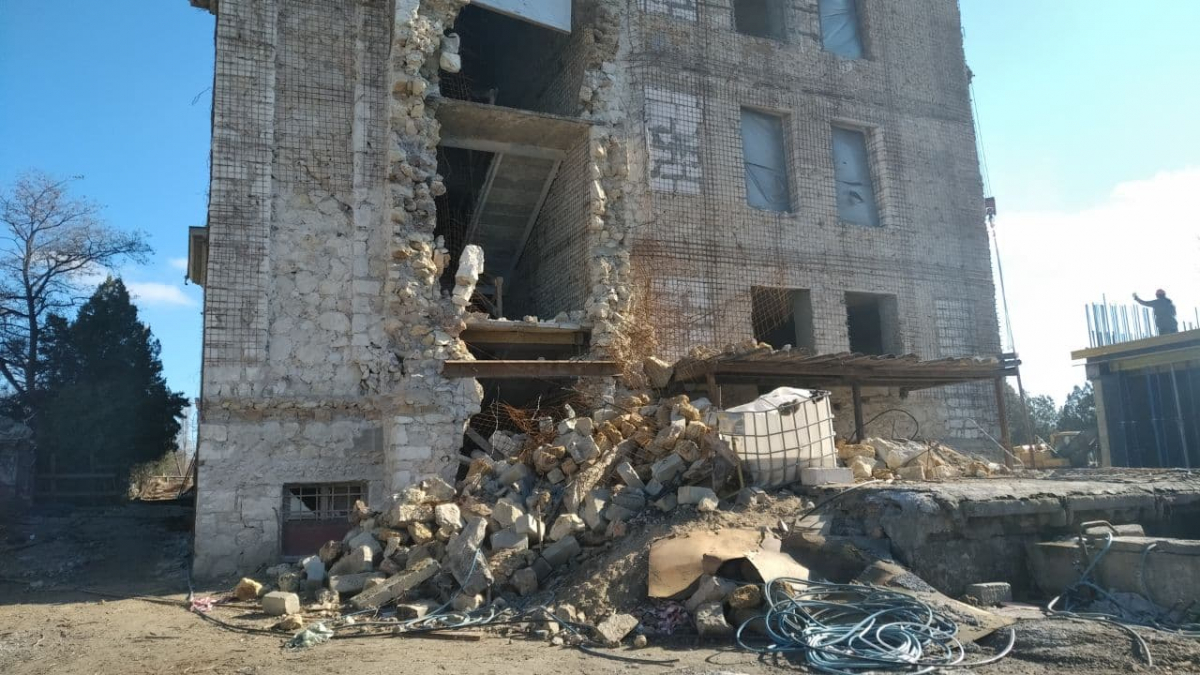 The historic building on Horpishchenko Street was supposed to be repurposed to the Center for Family Education. In 2017, design and estimate documentation was prepared, but it turned out that there were difficulties in agreeing on the boundaries of the site and the protection zone of the monument "Malachiv Kurgan''.

In addition, the building belongs to the protected ones, according to the order of the Ministry of Culture of the Russian Federation.

In April 2021, the occupation authorities decided to reconstruct the building for the Cadet Corps, then a branch of the St. Petersburg Cadet Corps of the Investigative Committee. 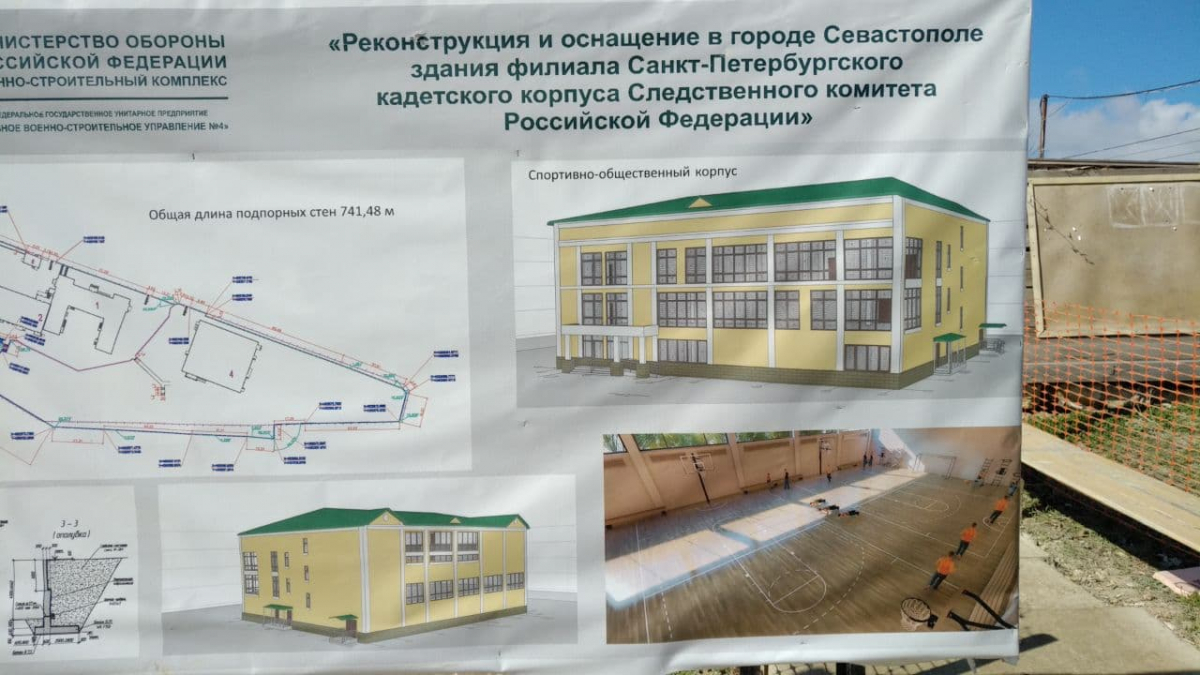 A contract worth over 700 million rubles was signed between the occupying state company "Unified Directorate of Capital Construction" and the "Main Military Construction Department № 4". The contractor was obliged to complete the construction by December 31, 2022.

According to Razvozhaev, everything became clear after the additional instrumental examination provided for by the project after the removal of the plaster. It was decided that the building would be dangerous to operate. The occupiers want to build a complete copy of the old building, but stronger.

"Taking into account that children will be studying here, the contractor proposed that the building should be dismantled, and the same one should be restored in its place. This will be done. Because otherwise, it is impossible to achieve the reliability and safety of the building", - Razvozhaev added. 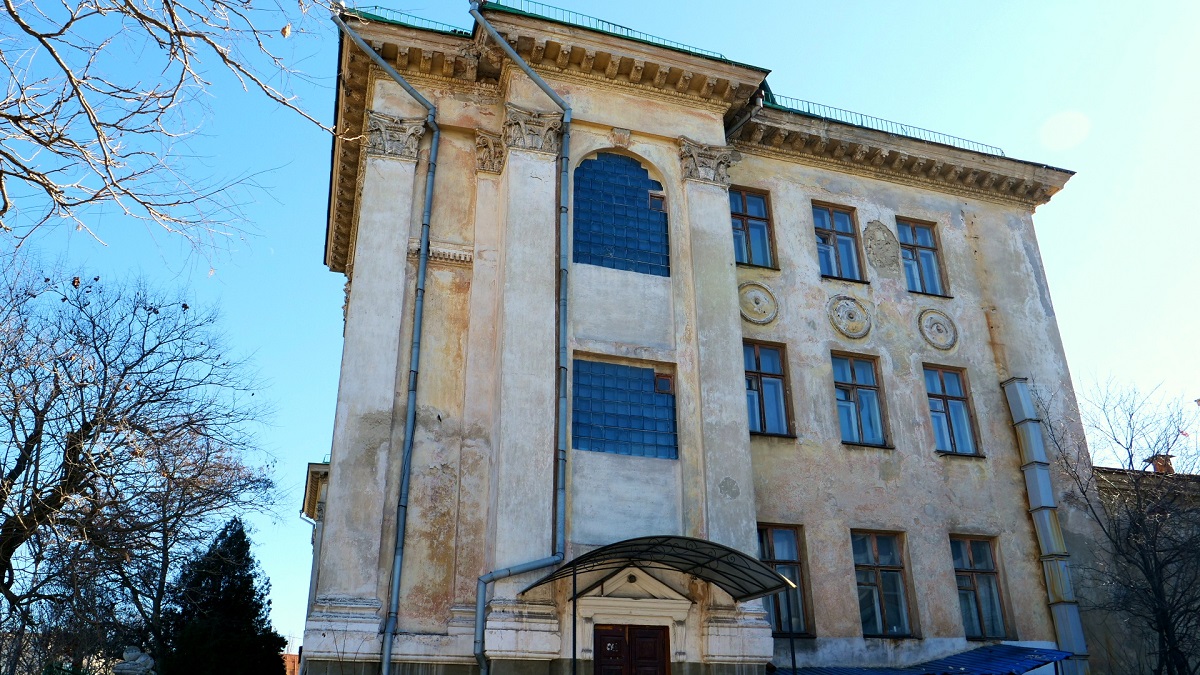 Meanwhile, due to gusty winds, huge stones fell on the roofs of the shopping pavilions and damaged the kiosks on the Vasil beach - the only thing left of the Vasilevskaya beam.

Another landslide is not uncommon for this beach, and all this is happening because of the occupiers.

Thus, due to the activities of the Balaklava ore management, a dump from the quarry destroyed the thickets of pistachios, red juniper, and pears and caused landslides. 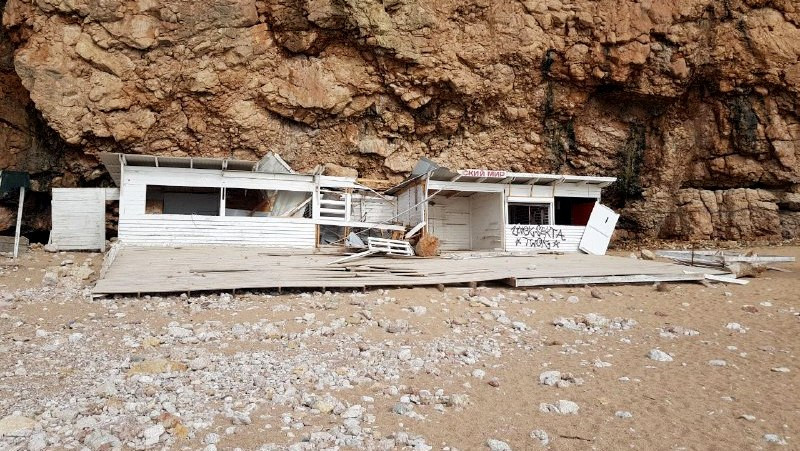 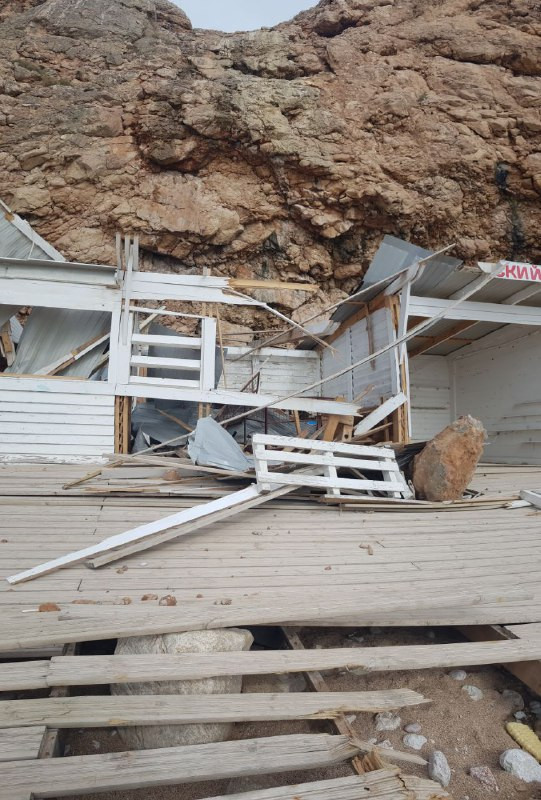 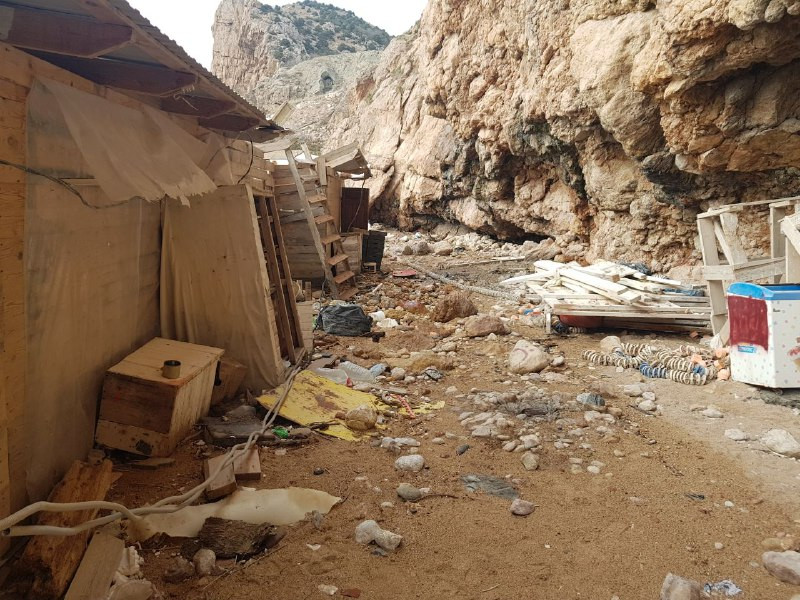