At pickets in Moscow, activists remembered Musa Suleymanov, who died in occupied Crimea

Activists of the Russian initiative "Strategy-30" came out with monthly single pickets on the streets of Moscow on July 30.

The picketers put the name of three-year-old Musa Suleymanov, who died in Crimea, on posters. Thus, the activists expressed their support for the family of the boy, whose father - Ruslan Suleymanov is in the Crimean pre-trial detention center in the "Hizb ut-Tahrir case".

During the action, activists also unfolded a rushnik with the text "Crimea is Ukraine". As the activists explained, this canvas was embroidered for the International Friends' Day by Lyubov Novoselska "with a declaration of love for Ukrainians and Crimean Tatars". 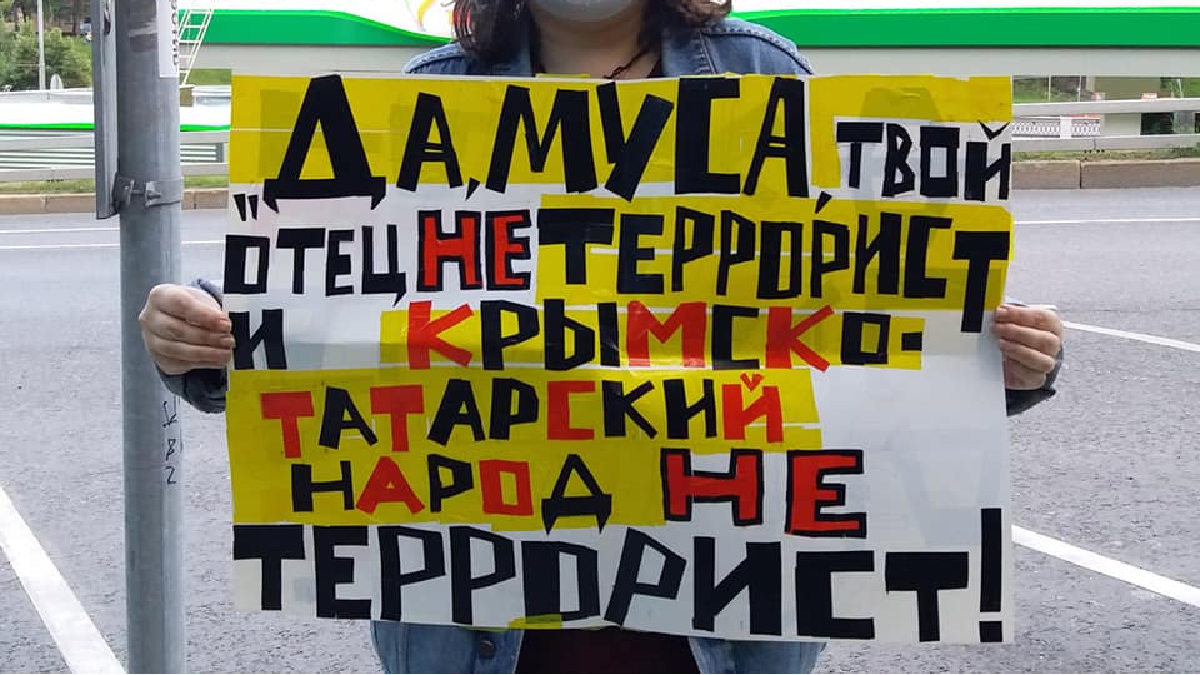 As part of the Strategy-30 campaign, Russian opposition activists regularly hold events in support of Ukrainian political prisoners. They go to peaceful pickets and rallies demanding the release of political prisoners, an end to Russian aggression against Ukraine, and the deoccupation of Crimea.