“A life ban from entering Crimea means nothing to me”. Interview with political prisoner Oleksiy Chyrny

Oleksiy Chyrny, a Kremlin political prisoner (2014-2021), spoke about the conditions behind bars and his plans for the future in his first interview for Suspilne Crimea after his release.

Release from prison. How did it go?

- Now I feel more or less okay. My release from prison (May 7, 2021 - ed.) began with packing, watching what should be taken away, what can be left to the boys. Then, according to the prison tradition, the release is accompanied by a tea party. Next was the accounting department, the release ticket. Leaving the pre-trial detention centre, I saw my father and was surprised.

I didn’t expect him to come. I knew about my mother, but I didn’t know my father would come. Unfortunately, they didn’t give me enough time to talk, but they could hand me the documents and some things.

They put me in the car quickly. One good thing is that this transfer was one-way: there were no roads to other pre-trial detention centres. They were driving fast, at 93 miles per hour, probably in a hurry to get rid of me as soon as possible.

When we arrived at the border, I was handed a document on “a life ban on entry into the territory of the Russian Federation”, although, before that, I had a ban on ten years of entry. My lawyer is currently working on the case. We will also appeal to the European Court of Human Rights with a complaint about human rights violations in the Russian Federation. Everything is still ahead.

There was a dramatic moment when, having received all the papers, I picked up my clothes and went to the border alone, unaccompanied by a convoy and a consul.

How did you feel when you received the letter with the life ban on entry into Crimea?

- This document is a worthless piece of paper for me, it means nothing. As a civilian, I will not go there, I will visit Crimea, not as a civilian. I missed my mountains, my forest, but not the people who live there.

Do you plan to appeal this decision to the ECtHR?

- We have already talked about this with the lawyer. I intend to appeal. I plan to talk about this with UN representatives. My lawyer will be Roman Martynovsky in this case, as well as in the appeal of illegal actions against me by the Russian authorities.

Are there any plans to visit Crimea? 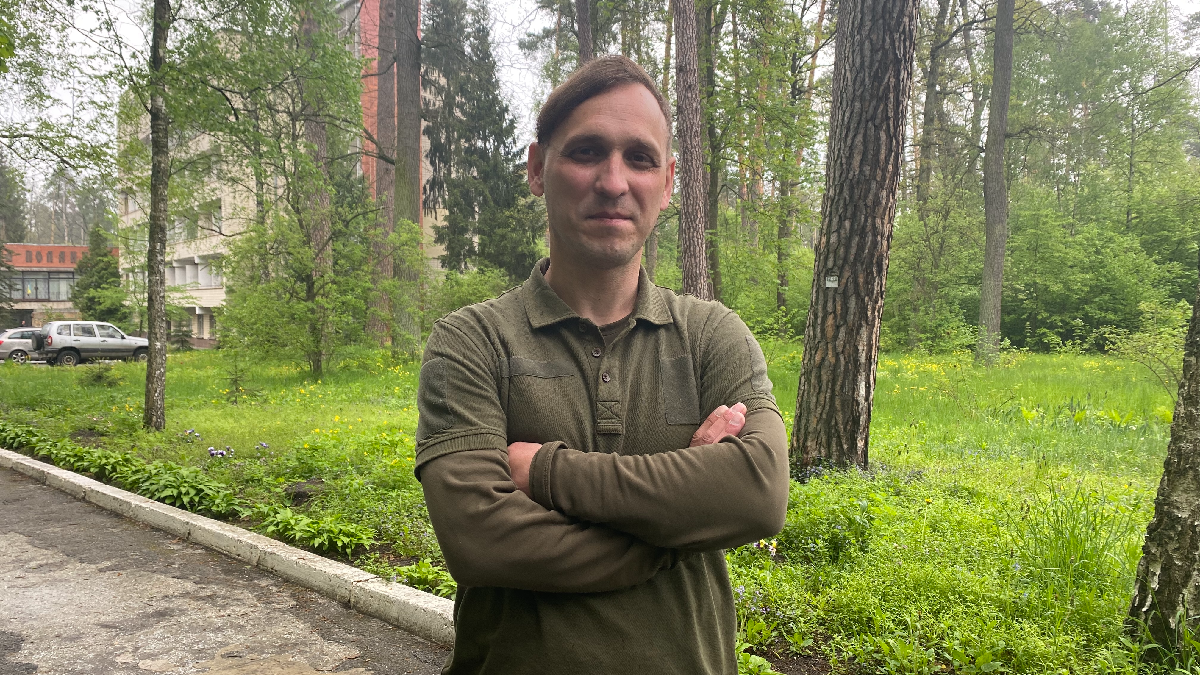 2014, the occupation of Crimea, you did not support joining the Russian Federation. What did you decide to do, how did you act?

- I had acquaintances who were engaged in illicit excavations and did such things (explosives, firecrackers - ed.) For entertainment, therefore I addressed them, and they turned me it to FSB. It was an unpleasant surprise from some fake friends of mine.

How long did the training take?

- The resistance movement is not a terrorist attack, I emphasize, the Russian media called my actions terrorist attacks. Preparations for the resistance took less than a month. For the implementation, I used my own savings, asked my parents for money, they certainly did not know what for.

Detention. How did it all happen?

- The detention took place on the night of May 8-9, 2014. I went out to pick up the bomb which Pirogov had hidden earlier. Everything happened quickly. I was surprised, to put it mildly because no one knew about it at all. At least I thought so. At first, I considered myself guilty, thought that I failed somewhere, talked about it a lot, and told my acquaintances.

Alexander Pirogov was a chemistry student who had been convicted twice. Did you know about his criminal past, did nothing alarm you?

- I knew about his past, but then it did not alarm me because I thought he was a guy who would not betray. I was wrong.

Did you immediately understand who betrayed you?

No, I did not. First, I found out about Pirogov, about the rest I learned during my communication with the FSB. Then it became clear that the leak was huge. I finally understood everything when I read the case. My so-called like-minded friends went to the case not as accomplices but as witnesses: Oleg Klimchuk, Kirill Makarov, Andrey Dobrovenko, and Leonid Agapeev.

How long did the interrogation last, and who carried it out?

- The interrogation lasted a little less than two days. I don’t know exactly who it was, I can only guess. During interrogation, they put a bag on me, and I saw nothing. These are not very pleasant memories: a baton, a gas mask with a cigarette inside- I was suffocating. In the middle of the night, they turned on the light in the cell. They did not let me sleep. It was also difficult to endure. 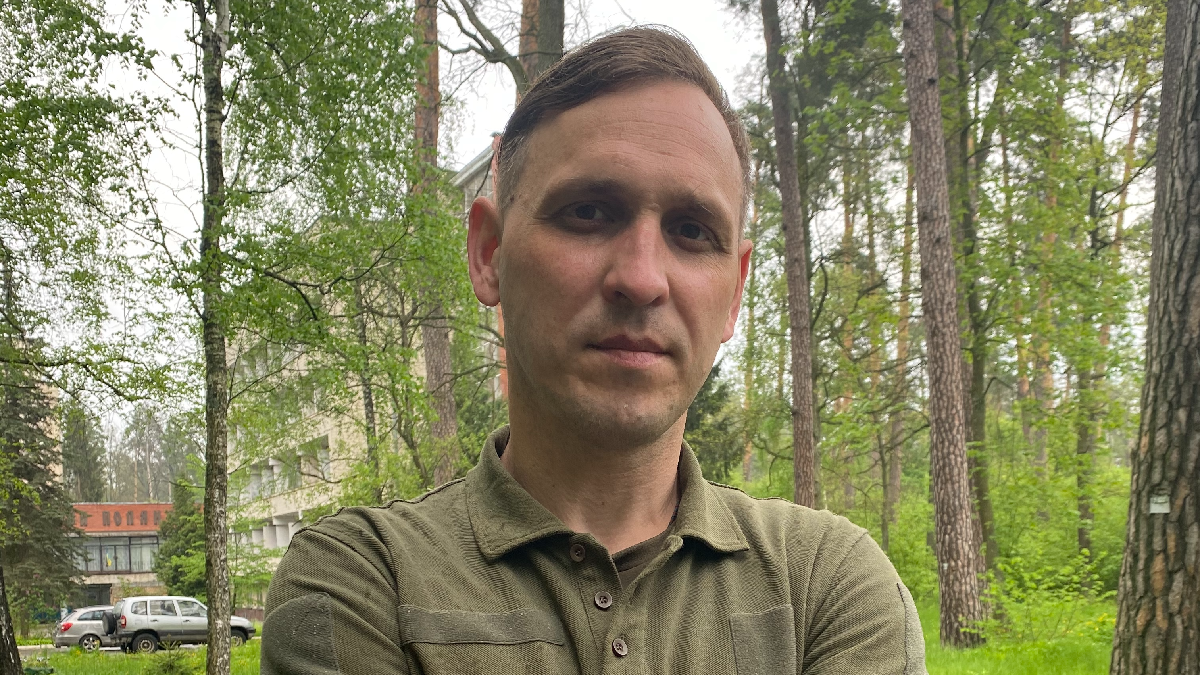 Did the “FSB officers” tell you how to testify in court?

- Yes, they said. During the interrogation, I claimed they were other people, but they smiled and said, no, they are witnesses, and my accomplices are different. During the first testimonies, there was no mention of Oleg Sentsov. Why did it change later?

I don’t even remember how it happened. They did an interview for the Russian media, where I testified against Sentsov. It was very sad, I realized, that I had shown weakness. What is dead may never die, it becomes stronger and moves on.

Do you plan to meet with Oleg Sentsov?

- During the imprisonment, the prisoners could not communicate or even correspond, so I could explain nothing or congratulate them. But now, if he wants to meet, I will tell him everything he did not know. Although I do not know, maybe he resents me, so I will not disturb him.

Read also: The occupiers banned for life entry into Crimea to the participant of Sentsov’s case Alexey Chyrny

How did the administration of the SIZO centre treat you?

- The attitude was terrible. The head of the administration, Alexander Nikiforov, and also his representatives constantly provoked me. There were also some good people, they even supported me morally. But good people do not stay there for a long time. And the cellmates were generally nice. They did not consider me a criminal.

Who sent you the letters? Did your parents write to you?

- In their first letters to me, my parents tried to convince me they live well in Crimea, and the local government is not bad either - it works for the benefit of the Crimean people. But I immediately made it clear to them that if they wanted to keep in touch with me, they shouldn’t write about politics at all.

In the last letters, our relationship with my father improved. I congratulated him on his birthday and New Year. However, he was very surprised that I stayed in Ukraine and did not change my passport. I was curious why he was surprised. Probably, loyalty and honour don’t matter to him, or maybe he has a different view on these things.

What did your mother write to you?

- Correspondence with my mother was different. She wrote about her household chores. In her letters, she wrote she loves and misses me a lot. She was waiting for our meeting, and when the meeting took place (May 7 - ed.) it was not very long. People from all over the world wrote me letters during my imprisonment. I saved all the letters. 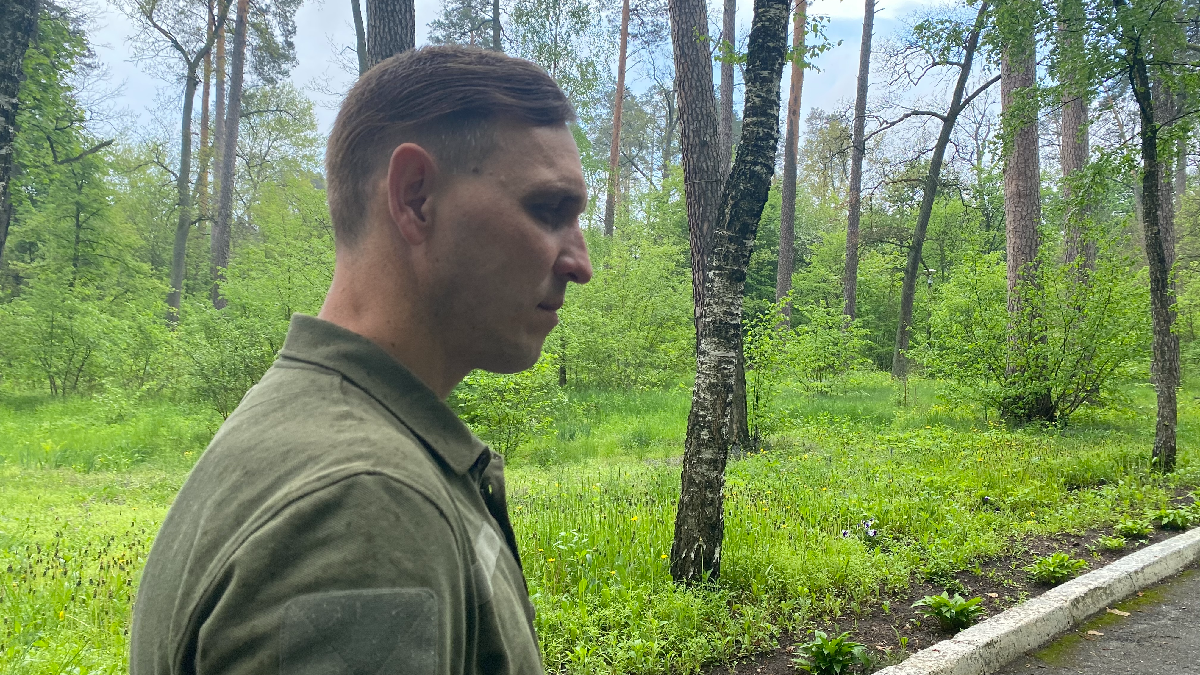 How did your stay in the pre-trial detention centre affect your health?

Did you have Covid-19 during the coronavirus pandemic, and was there any isolation in the SIZO?

- I spent the last four years in complete isolation. It was a cell, or a penal isolator, or a strict regime barracks. Whether or not you were sick, no one diagnosed us there. But the whole barracks fell ill last spring. There was a high fever, smell and taste disappeared. We were treated with paracetamol and other meds.

Were there any complaints from the administration about your hairstyle?

- Of course, there were complaints. They tried to cut it, but they failed. My forelock is a symbol, my identification. I couldn’t let anyone make me get rid of it.

Was there an opportunity to read books behind bars?

- When I was in the pre-trial detention centre, I had to establish contact with the librarian. Sometimes he conveyed something interesting. Sometimes the books were passed by a lawyer, consul, and others. However, books were not always allowed. The three major books I kept are Qun Ji “The Art of War”, a Chinese treatise of the V century BC. Bushido is a samurai code and Erich Ludendorff’s Total War. My three “Bibles”.

Where do you plan to live after rehabilitation?

- At the moment - I do not know. The question remains open.

What do you plan to do?

- After rehabilitation in the future I plan to continue to be engaged in my favourite work - historical reconstruction. There are also opinions about the active public activity. 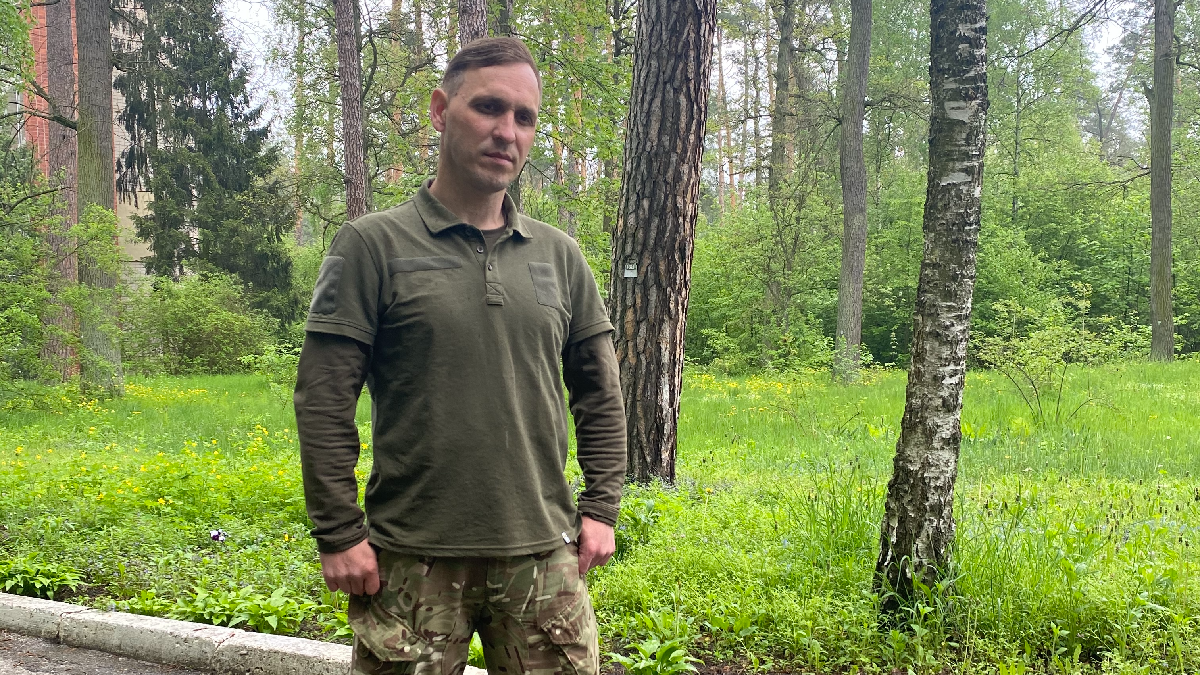 The occupiers are analyzing the quality of water from the Sea of ​​Azov, additional wells will be drilled
The occupation prosecutor's office demanded that Chubarov be sentenced to 9 years in a maximum security penal colony

In the Kherson region, Crimean people are vaccinated with the CoronaVac vaccine